Navigate:
YOU ARE AT:
Silver Talkies»Community»From Our Readers»A grandfather’s tale 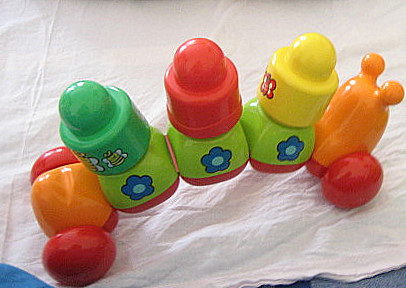 Our reader N R Ramapriya narrates the experience of bringing his daughter home for her delivery and the agony of parting with her and his grandson after some months. A simply written but deeply felt account. Read on…

October 18, 2009. It was my 59th birthday when I got the very pleasant and joyful news from my child that she herself is going to bear a child in a couple of months. It became a very special birthday for me and I felt as if I was born afresh. The news filled my eyes with tears and I told my wife that we had received the greatest gift from the Gods.

From that moment onwards, me and my better half started dreaming about our grand child and started to rewind our life back to the days when we were expecting the birth of our first child.  Life was really rosy and we thought we were the happiest couple in the world. As per our customary rituals, we brought our daughter home from her in laws’ place in the fifth month of her pregnancy.

With great care and delicacy, my wife took care of our daughter with regular medical care and a variety of dishes of her choice. Periodical medical checkups were done without fail. My wife even took four months leave from her school to take care of her. Life was hectic for her with round the clock vigil of our daughter. As the D-day approached we started getting anxious. Finally on the evening of May 30, 2010, as heavy rains lashed the city, my daughter went into labour. We rushed her to the designated Columbia hospital near Yeshwantpur in that pouring rain. The next five hours were tense with my daughter writhing in pain and us keeping our fingers crossed, praying for the safety of our child and grandchild. Finally at 2.10 am, in the early morning of 31st May, our grandson arrived on the scene, weeping and crying. After the initial clean up, when the doctor showed us the child, our joy was beyond words. For the next few days, it was to the hospital and back for me and my wife.

Once home, for the next three months, my wife never slept. She was the nurse, mother and grandmother all rolled into one. I was only a shadow of her dedication and sacrifice. Looking after my daughter post delivery was in itself a gigantic task and challenge for my wife, in addition to looking after the child’s needs like changing nappies, putting the child to sleep and also having to prepare food for the entire family.

As maternal grandparents, we arranged the customary namakarna (naming ceremony) in the same choultry (ceremonial hall) from where my daughter got married. My grandson was named Pranav. Life was very hectic for both of us in those days, especially for my wife. Five months passed, and day by day, the child’s changing characteristics like being able to identify people and his smiling face made our life so special. We both were thirsting to hear the words ‘Thatha’ and ‘Ajji’ from our grandchild. He was almost at it but the ritual of sending the daughter and her child back to her in-laws’ home at the end of the fifth month was nearing fast.

It was a painful experience when one day my daughter and grandson bid good bye to us. The joy of the past 10 months suddenly turned into agony and both of us went speechless with suppressed tears. A sudden vacuum was created and the heavenly atmosphere turned into a virtual fortress of silence. Our memory flashed back to four years ago, when our daughter left home once and for all to become someone else’s daughter. What a price to pay for being the parent of a girl child! How true the adage hennu parara aasti.

When we went to meet our grand child in his house after 10 days, initially he struggled to identify us. Tears rolled from our eyes at that point but after some time he could identify and came jumping at us. Both of us hugged the child as much as we could and did not feel like letting him go. It was an experience to cherish.

N.R.Ramapriya or Rampy is a retired engineer who worked with the Government of Karnataka. At 60 plus, he now considers himself a senior citizen. He is passionate about writing and has written short stories, poetry and jokes in several languages. He has also recently launched an e-book titled, ‘Rampy’s Tri-bhasha Kritigalu’, which is a collection of verses, short stories and even a murder mystery!