Diabetes and the elderly

India has 61 million diabetics between 20-79 years according to the International Diabetes Federation. By 2030, this figure is estimated to go up to 101.1 million. While extremely common among many elderly, the fact that diabetes can lead to multiple disorders is often ignored. Dr. Anoop Amarnath, Director and Consultant, Geriatric Medicine, Apollo Hospitals, Bangalore decodes diabetes for us in this in-depth interview with Nidhi Chawla.

In layman’s terms what is diabetes and what causes it?

Diabetes is a condition that is characterized by hyperglycemia (raised levels of glucose). It is the manifestation of various dysfunctions that include:

b. Resistance to insulin action

c. Excessive or inappropriate secretion of a hormone called glucagon.

To put it in simple terms, Diabetes is a condition wherein the sugar levels in the body are inappropriately high

How and why is insulin important? 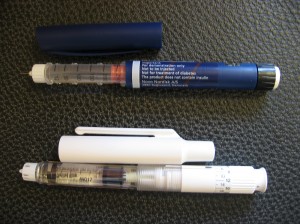 Insulin is a hormone that is secreted by our pancreas. It is very vital in the regulation of carbohydrate (sugar) and fat metabolism. One of the main functions of insulin is to push excess glucose from the blood stream into the liver, muscles and fat tissues. If this function is impaired, as happens in Diabetes, excess sugar circulates in the blood stream, thereby causing damage to various organs like brain, eyes, heart and the kidneys. Thus, insulin is required to keep sugar levels in the blood within normal limits and prevent organ damage.

Is diabetes a life threatening ailment?

Diabetes, per se, may not be life threatening. However, uncontrolled diabetes, leading to end organ damage as mentioned above is indeed life threatening. This may be in the form of heart attack, strokes or kidney failure. It is also a debilitating condition as uncontrolled levels may lead to blindness and/or limb amputations. The other life threatening conditions in diabetes are those where we see extremes of sugar levels. Very low sugars (hypoglycaemia) and some forms of very high sugars like Diabetic Keto Acidosis (DKA) and Hyper Osmolar Non Ketotic Hyperglycemia (HONK) are conditions which, when not identified or treated immediately, can pose a significant risk to life.

Who can have it and why?

Anybody can have diabetes! Those who are obese, sedentary, have a family history of diabetes, have hypertension (high blood pressure) or dyslipidemia (raised levels of cholesterol) and are of Asian descent, have a higher risk of developing diabetes. It is believed that diabetes tends to develop with age, more so after the fourth decade. However, it is not uncommon to see people getting diagnosed with diabetes far earlier in their lives. (This is not to be confused with a type of diabetes that is seen in young people where there is an absolute deficiency of Insulin.) There is now more evidence linking depression with diabetes. So if you are persistently depressed, you are highly likely to develop diabetes.

To a certain extent, yes. Reducing weight, exercising regularly, eating the right diet and monitoring sugar levels can help prevent diabetes in those people who are at a high risk of developing diabetes. There are various tools that are now available that can actually stratify the risk of a person developing diabetes. This risk stratification can be performed by your doctor. This enables one to identify his/her chance of developing diabetes and take appropriate measures to prevent/ prolong the onset of diabetes.

Is diabetes a major concern for elders?

Yes, diabetes is indeed a major concern in the elderly. It hastens the progression of various organ disorders. Heart, kidney, eye and nerve diseases progress rapidly in the presence of diabetes. Apart from that, extremes of sugar levels- very high and very low- are more commonly seen in the elderly.

How does it impact a patient?

Diabetes has a multi-pronged impact on a patient. Physically, it can impact each and every organ in the body leading to its dysfunction. Financially, the diagnosis and management of diabetes or its complications can prove very costly. Emotionally, having to face an illness that sticks with you for life, can be extremely draining. Socially, people with diabetes feel stigmatised and many are reluctant to discuss or accept the condition. Legally, there are professions/positions that one cannot get into if he/she is a diabetic on insulin. Thus diabetes can have a profound impact on one’s life.

What are its symptoms and is there any difference in symptoms for elderly vis-à-vis youngsters?

The classical symptoms of diabetes are fairly well known and include:

However, the symptoms in the elderly are very innocuous and variable. These include:

The list is not exhaustive, but contains the most common ones that we see in elderly diabetics- it goes to prove that symptoms of diabetes in the elderly are very different from those that appear in the young.

How is the diagnosis done? Is it done any differently for elders?

The presence of the symptoms mentioned above should lead to the suspicion of underlying diabetes. The confirmation is done by the usual blood tests- fasting sugars, post meal sugars and a blood test that measures the average of the last three months’ sugar levels- HbA1c. We do tend to keep a slightly higher threshold for the detection of diabetes in the elderly.

Treatment of diabetes, especially for elders?

Advantages: cheap, have been in use for a long time

Advantages: cheap, do not cause hypoglycaemia

Disadvantages: can cause kidney impairments

Advantages: cannot think of one!

Disadvantages: many- hence not advisable in the elderly

Advantages: do not cause hypoglycemia, good reduction in sugar levels

Disadvantages: Relatively costly as of today.

3. Insulin: Used when sugar control is not adequate with the other lines of therapy, when levels are too high initially or when other forms are contraindicated. There are various types of insulin. Although it is the best way of treating diabetes, there are many disadvantages in the elderly.  Inability of the elderly to administer insulin themselves, difficulty reading the small print while adjusting dosages, risk of drop in blood sugars if sufficient food is not taken- are amongst the many hurdles they face.

There are various other categories of drugs that are used in the treatment of diabetes. But they are not routinely advisable in the elderly.

How regularly should a patient monitor sugar levels and how? What are the danger marks, if any?

Early in the diagnosis whilst medications are being introduced, monitoring should be frequent in order to adjust the dosages. These could go up to six times a day (pre and post meal – 3 meals a day). However, once the sugars are stable and dosages are fixed, the frequency can come down. Long term management should ideally include monitoring of HbA1c levels once in three months. A level less than 70 mg/dl and more than 250 mg/dl in an elderly should be a cause for concern.

What should one do in case of sudden spikes (both high and low) in sugar levels?

It is always advisable to seek the help of a qualified medical practitioner whenever one encounters sudden spikes. As each elderly diabetic is likely to be on different medications, it is difficult to provide a ‘one size fits all’ solution.

What are the signs of low sugar levels and immediate remedy?

Low sugar presents as tiredness, hunger, sweating, palpitations, drowsiness and/ or dizziness. However, it is extremely common in the elderly to have what is known as ‘hypoglycaemic unawareness,’ i.e., not to have the usual signs of low sugar as mentioned above. It may present as a sudden loss of consciousness without any warning. It is important for the family to be aware of this and ensure that sugar levels are checked at the slightest hint. If the patient is conscious and able to swallow, it is advisable to give him/her something sweet to drink like fruit juice or even sugar water. NEVER force a person who is drowsy to eat or drink as this may lead to ‘aspiration’ (solids/liquids going into the lungs).

High sugar levels may have very non specific symptoms like thirst, tiredness, drowsiness and in most cases have no symptoms at all. High sugar levels are precipitated by either the lack of adequate medications or an underlying medical illness. Experienced diabetics increase their dosages/frequency of tablets/insulin when they encounter high sugar levels, but it is always advisable to seek medical help.

What special dietary aspects should an elderly diabetic patient keep in mind?

The dictum of dietary management of elderly diabetics is ‘No fasting and No feasting’. Avoid heavy and infrequent meals. Small and frequent meals keep sugar levels under control. It is also advisable to avoid foods with high glycemic index (in simple terms, those foods that immediately increase your sugar levels) like fruit juices, chocolates, etc. For a comprehensive list, please consult your dietitian.

What should family members of a diabetic patient be aware of?

They should be aware of the patient’s medical history, medications and their frequency, any drug allergies and the emergency contact numbers. It is advisable to have the medical file handy. But most importantly, they need to be aware of the signs and symptoms of very high and very low sugars and also the fact that in an elderly, there may be no signs at all!