Navigate:
YOU ARE AT:
Silver Talkies»Community»Memories & Musings»How The 1947 Partition Archive Is Trying To Document History

How The 1947 Partition Archive Is Trying To Document History

On Aug 14, 2016 By Silver Talkies
Community Memories & Musings People and Passion
A- A+

15 million people crossed the Radcliffe Line during the partition. Yet, there is no structured documentation of this mammoth event in South Asia’s history. The 1947 Partition Archive is probably the largest effort to digitally document partition. We speak to its founder and director Dr. Guneeta Singh Bhalla to find out more. Excerpts from an interview…

Nearly 15 million people became refugees in 1947 after the partition of India and Pakistan. It was the largest mass displacement of the 20th century. Yet, except for mentions in movies and literature and stories being passed down orally from a generation that is almost gone, the 1947 partition has not been documented on a structured scale.
Dr. Guneeta Singh Bhalla, founder of The 1947 Partition Archive is working towards changing that. Guneeta is a San Francisco based research physicist (she left her work in 2013 to focus on the archive) who grew up in US but always heard stories of partition from her grandparents. The 1947 Partition Archive is not just her tribute to them but also an effort to document a mammoth event that still impacts the psyche of India and Pakistan. The global effort now has a 21 member team in South Asia and 5 in the USA, with over 500 citizen historians in 9 countries. Here in her own words, is the story of how it all started and why we need to document stories that may be gone soon, with those who lived through them. 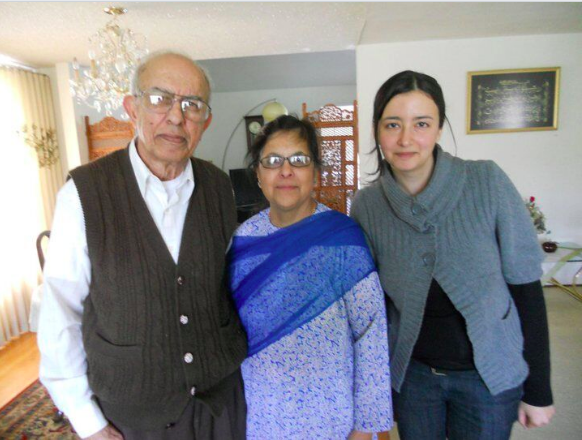 Guneeta with a Partition witness whom she interviewed, Waheed Siddiqui and his wife; Photo courtesy: The 1947 Partition Archive

How It Started
I grew up listening to stories about partition from both sets of my grandparents, but mainly from my paternal grandparents who actually did the migration. They never really got over having to leave their ancestral home and land behind, even 50 or 60 years later. I knew it was a really traumatic and large scale event but I never learned about it in high school in US. In fact, it was not even mentioned in my textbooks while in contrast we learned about the Holocaust in Europe and Hiroshima/Nagasaki for a whole semester in my World History class. At the time when I had tried to tell my classmates, and even years later when I tried to talk about it in college and graduate school, the reaction was always the same: It was probably not “a big deal” because it was not written about in textbooks. That bothered me because the sentiment contrasted so sharply with the stories I heard. The thought that we could let such a massive historical event slip through the cracks without documenting it at the level that it should have been, deeply troubled me. I feared we were going to live in a world where history would keep repeating itself. In the early 2000s for example, I saw the same chaos unfold in Iraq on television, as had happened during Partition, when an entire system of governance was replaced very quickly. In my mind, knowing what I had about Partition, the events I was seeing on television were predictable.

First Hand Stories
I also realised that first hand accounts validated the experience of Partition. They made it human, palatable and accessible. The numbers that we find on Wikipedia and in books simply cannot convey the true meaning of Partition and what it meant to live through that time and the decisions made during that time. People needed to hear about Partition from my grandmother, and not me or books. Only those with lived experiences could truly attempt to convey the horrors and trauma of that time. A trauma that affected millions upon millions of people — a population larger than many Western European nations combined! Yet, no one was talking about it! 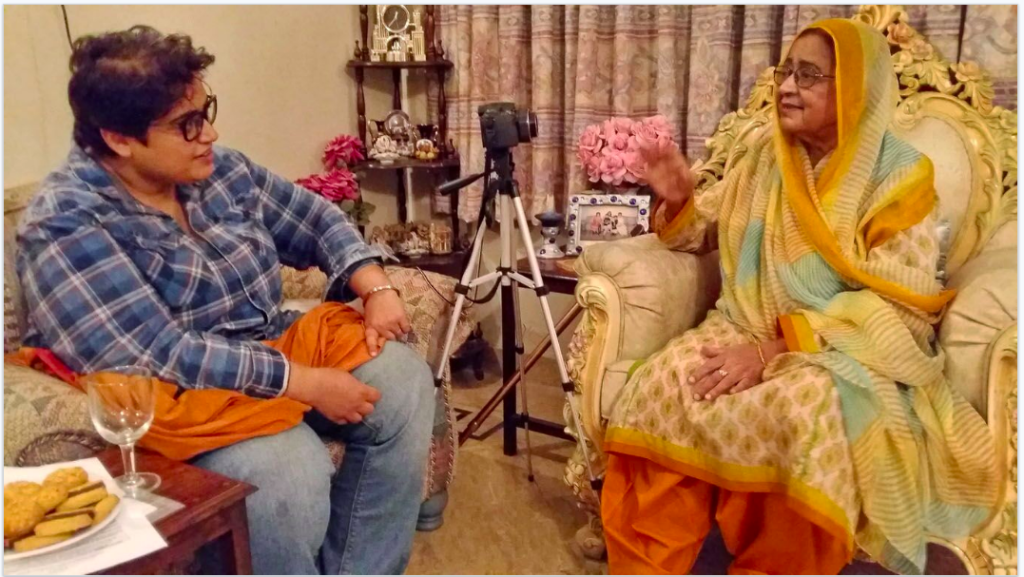 The Final Trigger
I had been living with the thoughts and sentiments I mentioned above for years and years. I knew one day I wanted to change the lack of knowledge about Partition. I did not know how until I visited the Hiroshima Peace Memorial in Japan in 2008. My great grandfather was stationed there during World War II and was not far from Hiroshima when the bomb was dropped. That was my motivation to visit. However, when I came across the witness archives in Hiroshima, that’s when it clicked. It was so powerful to hear the stories of experiencing the atomic bomb from survivors. Suddenly it was all very real and human and I felt their pain much more than watching videos of the mushroom cloud or reading written accounts of those hours that followed the dropping of the bomb. It was an immediate click for me. I knew the same had to be done for Partition.

The Recording Process
I began recording witness accounts on a hobby camcorder while on a trip to India in 2009, in a small ancient town in the North of India called Faridkot. In 2010, the last member of my family who remembered Partition as an adult died before I could reach him to record his story. I was deeply troubled, not only by his passing, but by the tremendous loss of knowledge that my generation was facing. My great uncle took with him an immense amount of knowledge and wisdom, and it was now gone forever. We would have no other chance to learn from it. It was the absolute totality of that moment that made me realise that this work needed to be done on a larger scale. There needed to be many others like me out there collecting stories. We, ordinary people from all walks of life needed to come together to build a library of stories from elders who experienced those times and were now spread across the world. I began recruiting a team in late 2010/early 2011 and we registered The 1947 Partition Archive in 2011. To collect stories from across the globe quickly and cost effectively, we decided to crowd-source the story collection. Essentially, we teach people how to record oral history interviews via free online seminars. Citizen historians record and submit stories to the Archive for posterity.

The Final Goal
Our initial goal is to record 10,000 oral history videos through the end of 2017. Our long term plan has always been to launch memorials and ‘Research Centers’ that are informed by the people’s history, across India, Pakistan and Bangladesh. We are also developing partnerships with several universities in order to bring the stories to academic researchers. Finally, we are working on a digital memorial that will showcase the entire collection online as well. The long term vision here is to teach the world about Partition from the human stories. We want to ensure that Partition knowledge is an integral part of K-12 (Kindergarten through 12th) education, so that the key lessons are learned and not forgotten; so that we can avoid history repeating itself.

The 1947 Partition Archive is crowd funded with donations from ordinary people. You can donate here http://www.1947PartitionArchive.org/donate

To view the videos on their YouTube channel, visit  youtube.com/1947partitionarchive