Navigate:
YOU ARE AT:
Silver Talkies»Community»I am what I am: A Parent’s Verdict On Acceptance

I am what I am: A Parent’s Verdict On Acceptance

A supportive parent could go a long way in not just creating a circle of acceptance in the LGBTQ community, they could also work towards changing the stigma and social mindset. A mother and son speak to us on the one year anniversary of the decriminalization of Section 377.

On September 6, 2018, in a historic verdict, the Supreme Court of India decriminalized Section 377, saying sexual orientation is natural. Many LGBTQ people in India do not get support within their homes and find it hard to come out to their parents. But for every parent who chooses to live behind the veil of stigma and rigid conditioning, there are many who have been a strong source of support and acceptance for their children. On the anniversary of the historic judgment on decriminalization of Section 377, we spoke to textile expert, Silver Talkies Social member, and entrepreneur Chandrika R Desai, 72, and her son Rajiv Desai, 38, Vice President – Global Diversity & Inclusion at Gartner, to find out how they have built a circle of love and acceptance together.

Chandrika, how has your family background been? Was it open-minded and discussion encouraged between parents and children?

We wouldn’t consider our family conservative. Throughout childhood, we have made an effort to expose the children to different views and perspectives. We also have discussions with an open mind and do learn from each other (even if we might not agree). We’ve always lived in big cities like Calcutta and Bangalore so I guess that sometimes helps too.

When did your son tell you that he is gay?

My son, Rajiv came out to me and told me he was gay in the summer of 2010 when we visited him in Belgium. Prior to telling us, he had only come out to a couple of close friends in 2008 and to our daughter in 2009.

What was your initial reaction? Did you accept immediately? If not, what were the reasons and how did you gradually accept?

I think my initial reaction was something along the lines of “Beta, if you are happy, I am happy.” But deep inside, I was crying – but didn’t know why. I couldn’t pinpoint what exactly was making me upset. Rajiv was there to answer a lot of questions and my daughter Dipali helped me understand it all a bit more, resulting in the realization that I didn’t know anything about this topic. Subconsciously, I had built layers and layers of misconceptions and ignorance – which Dipali and Rajiv helped clarify and remove.

I was also worried about how my husband would react and he accepted it without much worry. As I got more clarity over the situation, I realized that not accepting his choice was hypocrisy. And since I have always criticized hypocrisy in others, I choose to accept.

My daughter Dipali also helped me understand that coming out is a process that is difficult for my son too and that my crying all the time would make him feel worse – and that he didn’t deserve to see his mom like that.

I logically accepted but it took me a few months to undo years and years of assumption making on how my son will marry. But it got easier every day, as I realized nothing has impacted our love for each other. 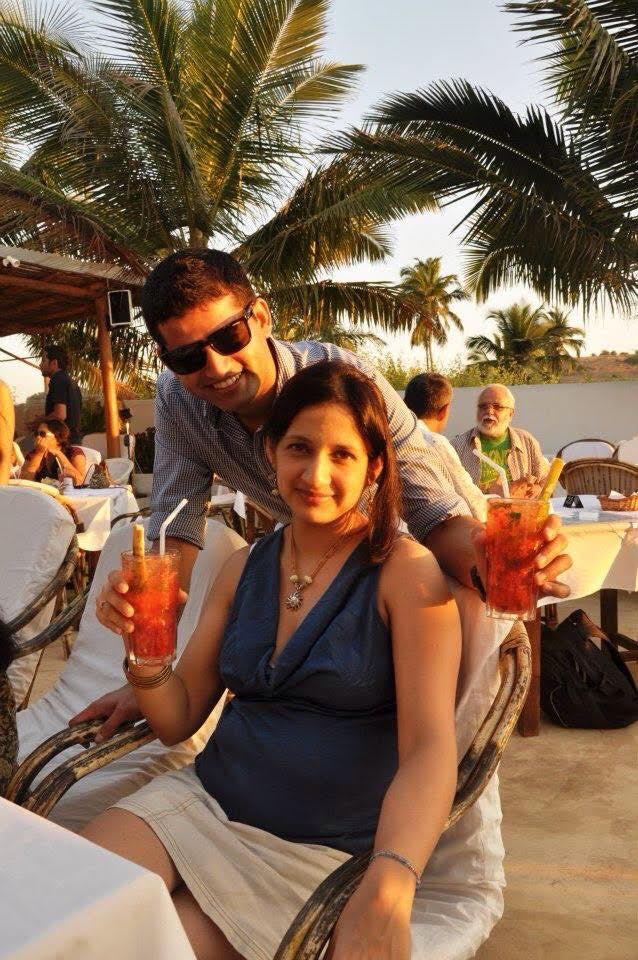 Rajiv and his sister Dipali

How did understanding scientifically about homosexuality help you in the acceptance journey as a parent?

Additional conversations with my children were definitely helpful. Also, a very close friend of ours was a leading psychiatrist in Chicago and he had explained to me that being gay is a natural phenomenon, not a choice someone makes and is common in many species, including human beings. This definitely helped me towards my path of acceptance with a feeling of pride.

Were you worried about what would people say? What was and has been the reaction of your friends and family?

I was not worried about relatives, people, and society, but I did want to know how best to communicate and share, at least with near and dear ones. With Rajiv’s permission, my daughter helped us draft an email/ letter which not only included Rajiv’s coming out and our acceptance but also some educational facts and information about the LGBTQ community and a clear conclusion that we stand with him, no matter what. The responses to these letters/emails were, for the most part, that of acceptance, love, and support. Some openly admitted they didn’t know much about this ‘topic’ but were still supportive and commended our courage to be open about this:

“We still love you. Bravo for accepting who you are, it takes a lot of courage in this paranoid world.”

“I personally am so happy for you that you are at peace and can lead a normal happy life, which you have all the right to enjoy like the rest of us. I wish there was more awareness about this when you were younger, so all of us could have understood this and you did not have to go through unhappiness and discomfort alone for so long.”

What these responses taught me is, if we love and respect our children, society will, as well (and it doesn’t matter if it doesn’t).

Did your support make things smoother for your child in terms of facing society?

I think it definitely helped – he no longer had to worry about his family’s acceptance. Even the older generation, including my father at the age of 86 and my uncle at the age of 86, accepted this announcement graciously.

As Rajiv says, this also helped with the “when are you getting married” question, but not for long. Our relatives now ask him, “When will we meet your husband!”

How did it benefit him emotionally?

He was able to be freer and more open with us. There wasn’t that “big secret” in the room that put pressure on every other conversation.

What would be your message to parents, especially from an older generation, about accepting their gay children?

If you suspect or think someone in your family is gay, do not out them, confront them, spy on them or try to find out the truth. Instead, focus on creating a welcoming, respectful environment, so they feel comfortable telling you first.

Be open, accepting and listen to what your gay children and grandchildren have to say. Remember – if you think it’s hard for you to listen to them, imagine how hard it is for them to say it.

Ask questions (without presumptions or prejudice) and be curious to learn more about the topic. Ignorance drives fear which leads to disastrous consequences.

Respect their truth and give them your confidence – it is not food for gossip or broadcasting to others, without their permission.

Your love for them shouldn’t change. If anything, your acceptance should make it stronger.

If you think you need help dealing with it or just talking about it, seek it; preferably from a professional. 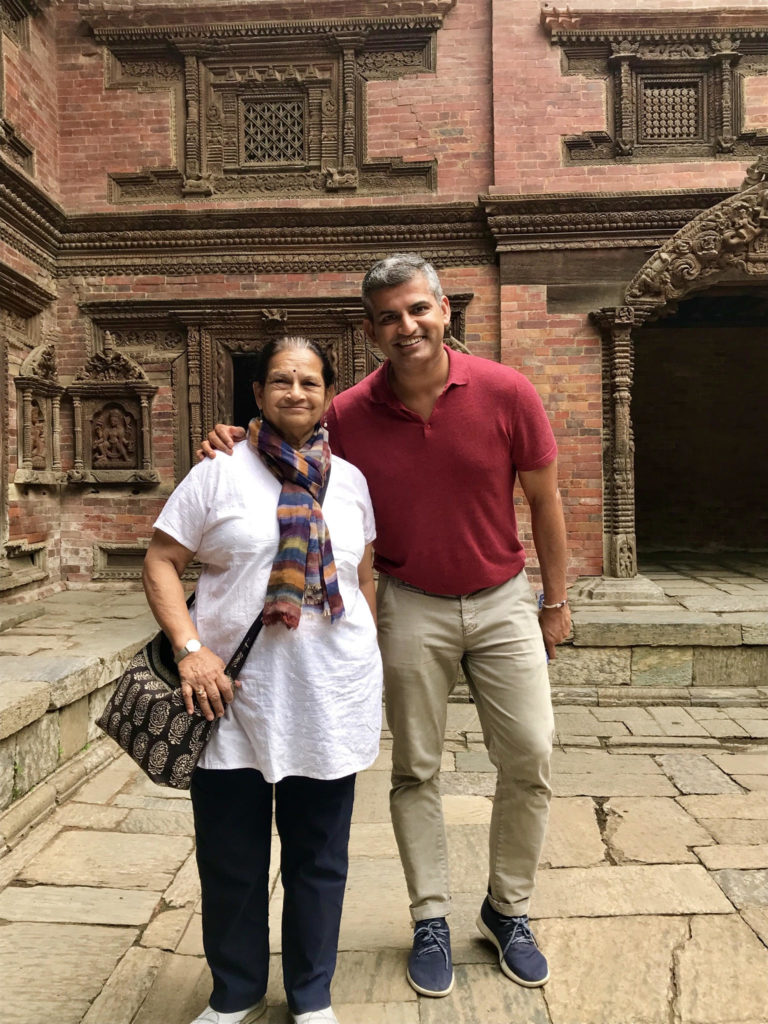 Chandrika Desai with her son Rajiv

I struggled with a lack of clarity around my sexuality for most of my childhood and early adult years. I was always attracted to males, but never quite knew what that meant for me from a lifestyle perspective.

When I was living in Dubai (2007-2008), I met a few expat individuals who had been in the closet for over 45 years and felt they had lost out on so much, by not being true to themselves. The weeks leading up to my coming out (to myself), I was extremely stressed. It was affecting my skin and health through acne and weight gain.

The moment I came out to myself in June 2007, I felt as if the world’s weight had been lifted off of me. I was happy inside. I told a few friends and had their immediate acceptance. A few years later I told my family and I consider myself very lucky to have their love and acceptance. I encourage all to consider their truths and be transparent about it. Those who matter will accept gradually. Those who don’t, they probably don’t matter.

Thank you for sharing your thoughts here Ma – for this and many more reasons, I love you.

Support groups that also help parents understand more about sexual orientation could go a long way towards helping change societal attitudes towards LGBTQ. Here are some: