Navigate:
YOU ARE AT:
Silver Talkies»Silver Support»Global Amenities For Senior Citizens That You Must Know

Global Amenities For Senior Citizens That You Must Know

Several countries across the world are taking effective steps and making efforts towards safeguarding the lives of senior citizens and making their life comfortable and hassle-free. Here are some that you must be aware of.

Two events related to the senior citizens in August 2003 in France made the government give special attention to the welfare of the elderly population. During the harsh summer that year, 15,000 senior citizens lost their lives due to the intense heat. Also, France witnessed a rising rate of suicide, out of which more than half the suicides were committed by senior citizens, revealed a survey conducted by the French government. This made the authorities take a serious note of this issue. Such concerns regarding the senior citizens are not just restricted to France. Everywhere in the world, the question of senior citizens is coming to the forefront and this question is taking a critical form even in India.

A committee has been formed in India so that the lives of the senior citizens become easy and they attain physical and mental wellbeing. The first report of the committee is out and the second one is awaited. The year 1999 was declared as the International year of older persons, whereby this question attracted worldwide attention. In the earlier times, senior citizens were taken care of in the joint family system but recently this system is losing grounds. Hence the issues of where the senior citizens will stay, their illness and their caretakers need to be thought about. Efforts need to be made so that their time is spent fruitfully, the society benefits from their experience and they can procure new employment.

Here is an account of the efforts made by several other countries to safeguard the senior citizens and make their lives convenient. 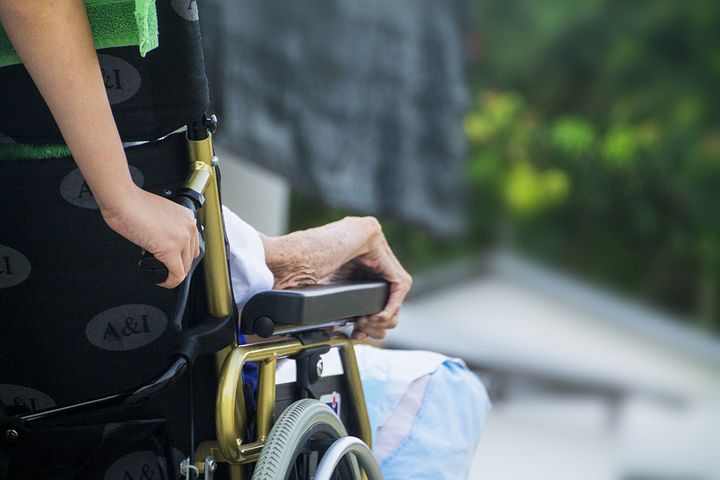 Japan has made efforts towards making senior citizens independent

In Japan, life expectancy is 83 years. The population of senior citizens is about 40% of the total. Until the year 2000, the responsibility of the senior citizens rested with their families. After an investigation, the Government found out that the children were not willing to take care of their parents. It was observed that when something happened to the senior citizens, their children took them to government hospitals but after recovery, they were reluctant to take them home. That is when the government realized that an independent arrangement is needed for senior citizens. The options of houses, nursing homes and facilities for the senior citizens were examined. Taking into account the increasing medical expenses, paying premiums for medical insurance was made mandatory for everyone after the age of 40 by the government so that after the age of 65, the medical care required could be taken care of. Professor Shigeki Sukano invented the robotic arm. This arm helps the senior citizen get out of bed. It opens the fridge and brings food on the table. And most importantly, at other times, it stands quietly in the corner. The children taking care of their old parents are considered for a promotion at workplaces.

Government of China shares the responsibility of looking after senior parents

China has a population of 1.38 billion. While there was a one-child policy in China, now after many years, the two-children policy is in place. Due to the one-child plan, the responsibility of their parents falls exclusively on one child. In order to help the child support his or her parents in their silver years, the government passed a law called the protection of the rights and interests of the elderly. As per this law, after retirement, it is the government’s responsibility to find new work for the senior citizens. The seniors explain the importance of socialism, patriotism, collectivism and hard work to the children; familiarize them with their culture, science and technology. Senior citizens act as mediators in small scuffles and disagreements. The other arrangements of senior citizens are made by the government.

Singapore has been hit by a silver tsunami. This has caused immense pressure on the Singaporean economy and the social welfare department. As soon as an individual retires, it becomes the government’s responsibility to teach him or her a new trade. All the expenses involved are borne by the government. All the other amenities of the senior citizens are provided by the government. Tenping, a retired military official from Singapore was sent to Sydney by the government to get trained to be a barista. Now he runs two cafes in Singapore. He takes care of his parents, himself and the caregivers’ meeting takes place in his café, wherein problematic issues are discussed. The children who are caregivers gather there. Michael Chang, another citizen of Singapore has taken nursing training after retirement. He has procured work for 400 seniors through his own agency. A hundred senior mid-wives have got a job in his agency.

In Australia, people who have finished ten years on the job can get three-month-long leave to take care of seniors. Or if one wants to learn a new trade, he or she can avail three-month-long leave. England’s Rosa Altman has done a lot of work for the seniors. Honoring her efforts, the government has come up with a policy for seniors wherein several facilities are being offered to the seniors. the policy has pointed out that retirement does not mean the end. It’s another stage of one’s career. The policy says, “It is time to re-invent retirement.” Obtaining loans for a senior’s new business, giving them training, reducing their health insurance premiums, appointing a gerontologist in every hospital are things where the government is focussing on.

France is emphasising on reconnecting the youths with the seniors

In France, increasing dialogue between the seniors and the youth is being stressed. The government has introduced the Pentecostal Holiday under which everyone must donate their salary for one day to the funds being raised for seniors. The government can punish those children who do not maintain regular contact with their parents.

Switzerland’s Swiss Federal Ministry of Social Security has put into practice an innovative idea called time bank. An individual can work with the seniors if he or she is doing well. Taking them shopping, cleaning their house, cooking, reading to them are some of the things one can do. On registering the number of hours one has worked for a senior citizen in the social security office, an individual is offered free service for the same number of hours from the office during his or her senior years.

The US supports the caregivers in their effort towards seniors

In the US, several efforts towards the welfare of senior citizens have been made. An organisation called the American Association for Retired Persons has been set up. Family Medical Care Act has also been passed. One can get seven-days paid leave for his or her service to senior citizens. Apart from other amenities, even caregiver children are also taken care of here. Arrangements for counseling, informing them about all amenities and relieving them of their caregiving work for some time are also made.

The founder of Centre for Policy and Aging, Dave Martin, says that the word “retirement” needs to retire and it can be now said that the future of our country is in the hands of the youth and seniors.

Gerontologist Amruta Lovekar works as a project coordinator with Graceful Living, a social enterprise focused on promoting healthy ageing with specialist experience in dementia care. Lovekar has been training and conducting workshops with more than 70 senior citizens associations on ‘Successful Aging.’ She has also worked with students to make them more sensitive towards seniors and create awareness regarding senior citizens’ issues.